Weather and Climate in Gibraltar 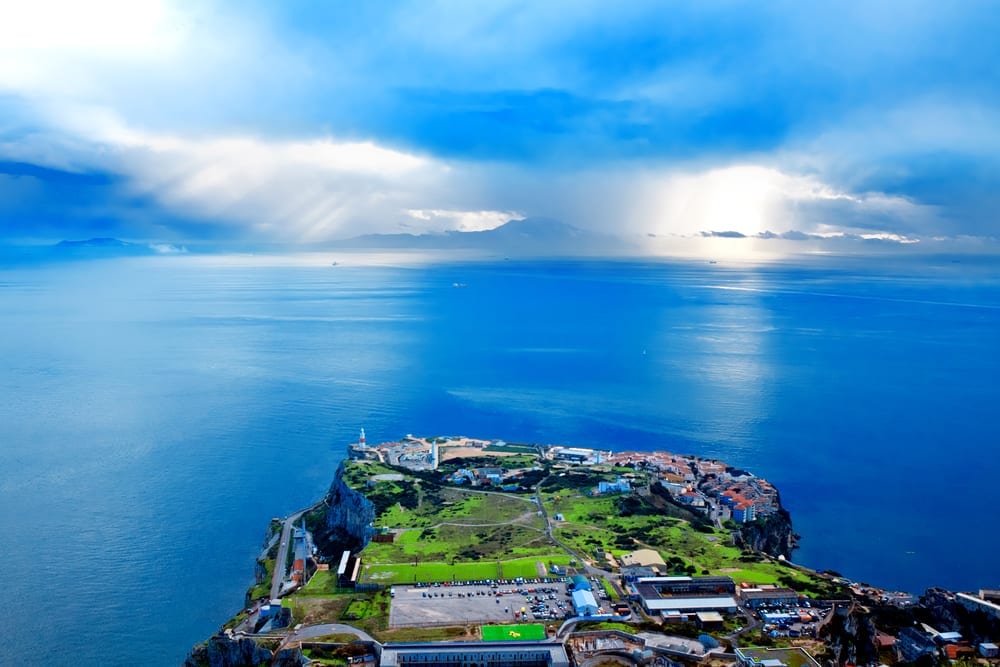 More than just a home away from home for British sunseekers, the island of Gibraltar also has stunning views and natural attractions you would expect to find in the Mediterranean.

Gibraltar holidays introduce you to this British outpost’s attractive old town and small sandy beaches. All of which are easily reachable within a compact area.

Gibraltar is also a base for exploring nearby parts of Spain. Just beyond the airport is the Spanish border town of La Linea de la Concepcion, so close that many visitors and Gibraltarians stroll there to eat dinner in beachside restaurants. The Western beaches of the Costa Del Sol and the glamorous resort of Marbella are within easy reach for a day trip.

As the British love to talk about the weather, what is the Gibraltar weather like when compared to the UK?

The climate of Gibraltar is Mediterranean/subtropical with mild winters and warm summers. There are two main prevailing winds – the easterly wind is known as the Levante coming from the Sahara in Africa which brings humid weather and warmer seas and the other is the Poniente which is a westerly wind and brings fresh and crisp air and colder sea. The terrain of Gibraltar consists of the 426-metre-high Rock of Gibraltar and the narrow coastal lowland surrounding it. If you’re visiting Gibraltar for its Mediterranean heat, come in the summer months to top up your tan, it is unlikely that you will see a drop of rain! The downpour of rain usually occurs in the winter months, December to February.

Depends on what climate and temperature you’re in the market for, if you want to sizzle under the sun and top up your tan, August is the best month to visit – temperatures can soar up to 28 degrees. Another great time of the year to visit Gibraltar often falls around the Autumn season. The Mediterranean Autumn occurs during September and October.

Like Spain, this is the time of year that has the most comfortable weather. Autumn is favourable, during this time, many tourists have left the country to go back to work following the summer break. If it’s not the climate that persuades holidaymakers to come, people notice the drop-in prices in the market after the peak summer season. The accommodation process is more competitive out of peak season, and booking directly with the Eliott Hotel Gibraltar will also save you an extra 10%, making for a reasonably priced holiday. Another great time of the year to visit Gibraltar is in the spring, from the middle of March to the end of May. This period also has the most ideal climate in the country. There isn’t much of a difference between autumn and spring as Gibraltar has a very small territory that looks the same all year round. The common denominator between spring and autumn is the lack of intense sunlight during daytime.

Be mindful of the annual and monthly temperatures when booking your holiday to Gibraltar – summer months for a tan and autumn/spring months for a more comfortable climate.

The coldest month of the year is January. Temperatures typically range from 11 – 18°C during the day and from 9 – 14°C at night. The average sea temperature this time of the year is 15 – 16°C.

The hottest month of the year is August. Typical temperatures in Gibraltar during August range from 25 – 31°C in the day and usually stays above 20°C at night. The average sea temperature is 22°C.

If you’re planning on coming to Gibraltar this coming summer season or autumn months, check out these insanely hot temperatures;